What's Causing Your Steam Boiler To Randomly Cut Out?

Like any other piece of HVAC equipment, your home's steam boiler has several safety devices that help keep it operating within its normal limits. While boilers developed a bad reputation from catastrophic failures in the past, modern boilers include numerous features to keep them running efficiently and safely. However, these features can also make it challenging to diagnose some failures.

If your boiler runs for a time and then shuts down, the most likely culprit is a safety switch. This brief article will explain how the safety devices on your boiler work and why it's crucial to listen to what they're trying to tell you.

The low water cut-off is one of the two standard safety devices found on every modern boiler. You may also hear some technicians refer to this switch as the "float." Float switches sit on top of the water inside the tank, moving up and down as the level changes. When the level in the pressure vessel drops below a setpoint, the switch triggers, and your boiler will shut down.

Water acts as a critical temperature stabilizer. In other words, the water inside your boiler absorbs a certain amount of heat from the combustion process. Some of the water turns to steam, which provides heating for the structure. However, if the boiler's liquid water level drops too far, the heat inside the vessel will gradually rise, eventually heating the outer walls and boiler casing.

These situations are known as "dry firing," which can lead to severe damage or even critical failures. As a result, the low water cut-off switch will usually stop combustion immediately to protect your boiler and home. A faulty switch or low water levels may result in intermittent triggers, causing your boiler to shut down seemingly at random.

If your boiler cuts in and out too frequently, it may be a sign of a pressuretrol that's failing or set incorrectly. On the other hand, it could also indicate a problem causing your heating system's internal pressure to climb too rapidly or too high. In this case, the pressuretrol is acting as it should to prevent the system from reaching dangerous pressure levels.

Your pressuretrol is crucial to the safe operation of your boiler, so you shouldn't try to raise the cut-off point to keep your heat running. Instead, contact a qualified boiler technician to investigate the underlying cause of the problem. 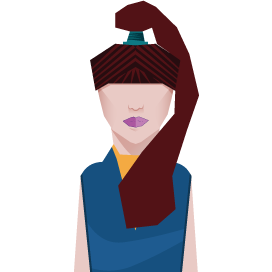